After the interest on the village Facebook page, I thought I would share some extra information on the Roman archaeology just past the sewage works off the gated road to Nolands Farm.

In 1998 a local archaeologist, David Sabin from Pillerton Priors, had done some field walks at Tysoe and Oxhill. He had picked up Roman tesserae (mosaic tiles) on the plough. In 2002 together with The Association of Roman Archaeology, it was decided to carry out a survey and dig. Extensive magnetometry was carried out and revealed a large L-shaped building and also, interestingly, evidence of a possible Bronze Age village. 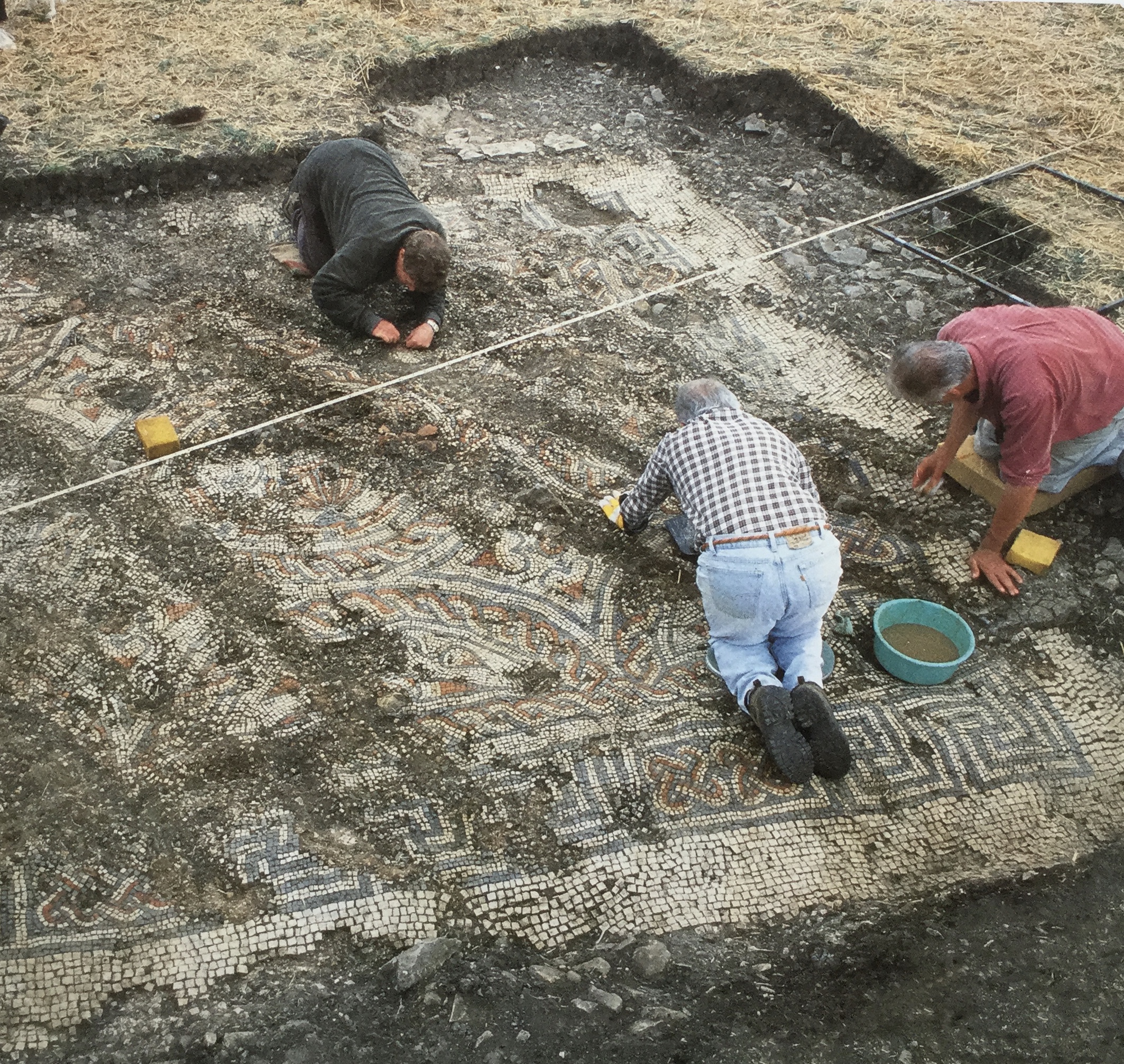 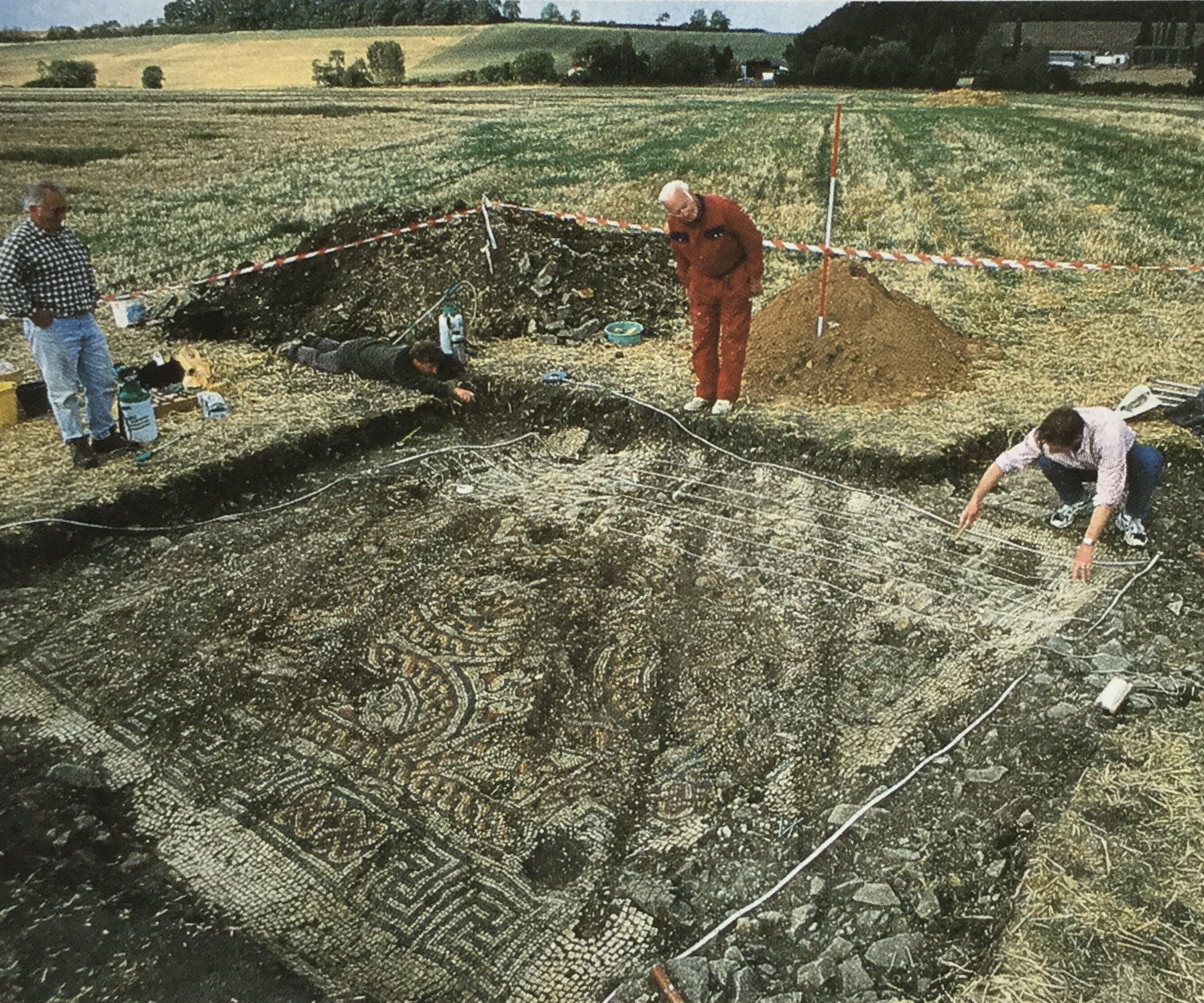 The mosaic floor was only about nine inches below the plough, the consequence being a deep plough had been dragged through the mosaics. This can clearly be seen in the photographs. The mosaic room lies between a corridor to the south and a series of small rooms to the north, which may indicate a suite of baths. A Greek key design forms the border and is interrupted by two inset panels of guilloche (braid/rope) along each side. All this encloses a crater design (a wine mixing bowl sometimes with two handles). At the time David told me that he was pretty certain that this was probably the dining room with connotations of Bacchus (the god of wine), indicating that the residents, Romano-British, still held some pagan beliefs and that the villa dated somewhere between 43 AD and 409 AD, he thought nearer 400 AD.The tesserae were red, white, blue and yellow indicating the Corinium (Cirencester) school of mosaicists. Fragments of pottery, mortaria (conical bowls) and box flue tile were also found indicating a villa of high status. The mosaic floor is denoted by the letter ‘m’ on the plan.

I was on site one day and noticed Hornton stone and Blue Lias stone along a wall base and assuming the villa could have been built with Hornton stone, I asked David where all the stone could have gone. He simply said ‘look to your village’. I love to think as I sit and look at my inglenook fireplace that who knows, maybe some of it came from a Roman villa.

Unfortunately, there was not enough funding to uncover the entire villa. The floor had a protective cover placed over it and earth piled above. The site has a preservation order on it and the famer is no longer allowed to deep plough.

Apparently, there are similar high-status villas all along the Edgehill escarpment above Tysoe and just prior to lockdown, David Sabin Archaeology Ltd was about to embark on a project called ‘The Making of Tysoe’.

I have been trying, without success to date, to get the archaeologists’ report for the Leys Field. A large Roman rubbish pit was found with a lot of pottery and animal bones indicating a large Roman farm/villa close by in the Main Street area …. more later! 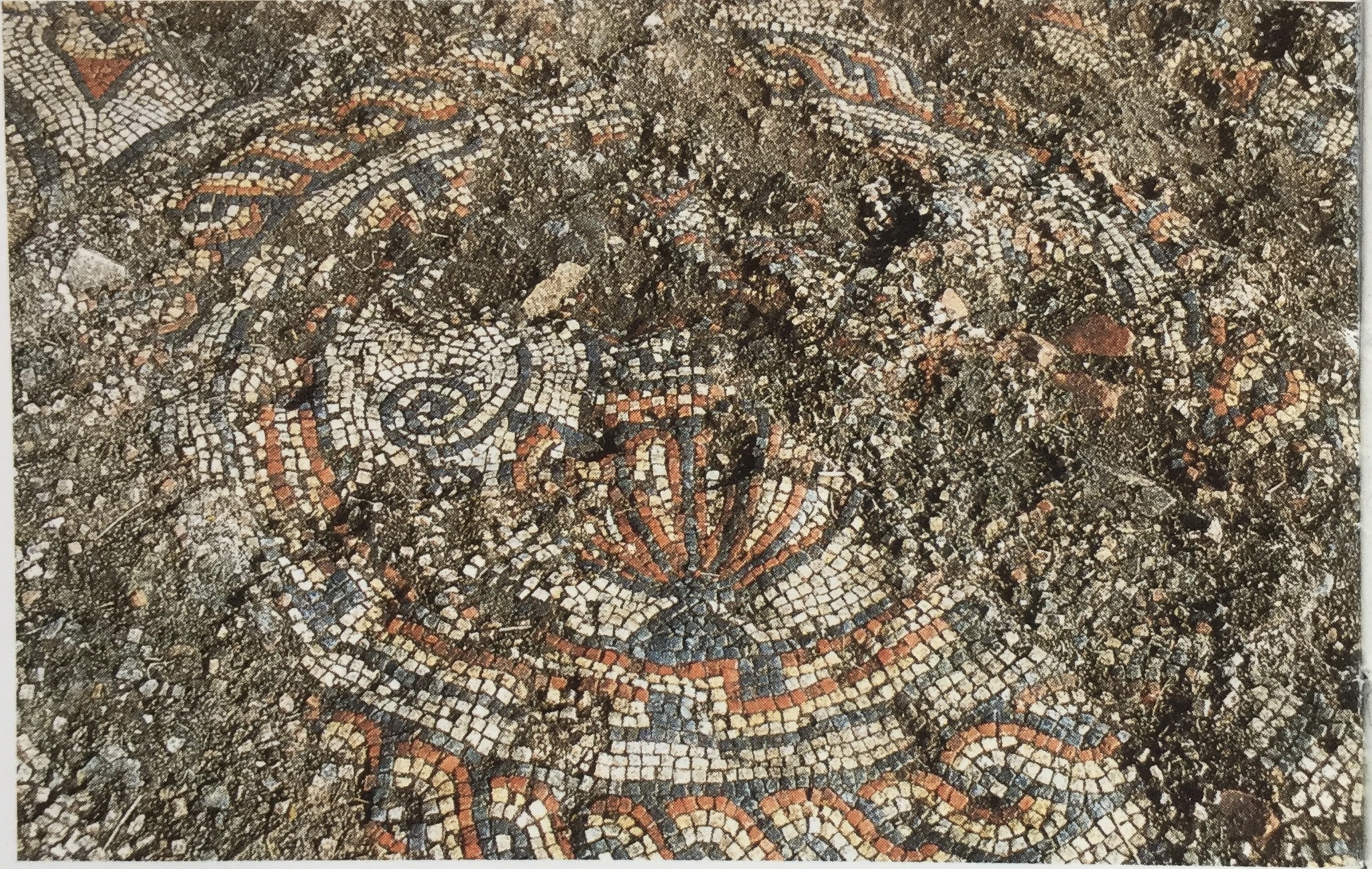